A first draft reading of Other Side of the Game was presented at the 2013 Piece of Mine Festival with the following company:

Kayla Carter is a writer, a storyteller, a poet, a lover, a daughter, an artist, a sister and a dancer. She is a Toronto born artist who is of Jamaican, Cuban , Maroon and Taino ancestry  and believes that her existence is not accidental nor is it coincidental. Kayla believes that art is a healing, transformative and meditative process not only for those who are receiving it but also giving it. Her work focuses on regimes of trauma, healing, diaspora, affect, shame, institutions of and histories violence, queer theory ,blackness ,transnational feminist thought and storytelling.  Kayla is currently a Maters student in the Critical Disability Studies Department of York University. 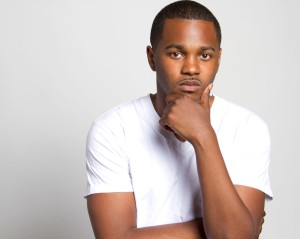 Actor Shomari Downer draws from a diverse range of life experiences, realities and communities to bring characters to life. A child between worlds, the son of British-Jamaican parents, Shomari spent a lot of time visiting his family of 5 brothers and 6 sisters in England and growing up as a single child in with his mother in Canada.Ranging from stage to television to film, Shomari’s passion for authentic story telling and honest characters has led him to explore a range of emotions – a challenge that Shomari relishes. Being cast in “Born Ready” and the Toronto run of “Secrets of a Black boy” Shomari is no stranger to the stage and has found great success in cobbling together slices of life to tell
moving stories through his craft.From his start on the screen in John Singleton’s “4 Brothers” to him taking on the lead in the Lifetime movie “One Angry Juror”, Shomari Downer has embarked on a beautiful Quixotic journey
to discover himself while inhabiting the lives of others. 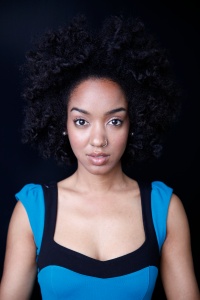 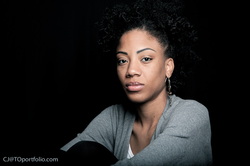 Janisa Weekes aka Ania Soul is not limited to one dream. She is nurturing the dream of acting slowly but is currently living her dream of being a singer/songwriter/performer while raising two boys. Her journey began in grade 2 playing a reindeer in a Christmas school play, to joining Bcurrent which is lead by Ahdri Zhina Mandiela in the Rcurrents program that looks to give emerging artists a platform to gain necessary skills and hone their craft in acting and the preparation thereof for two years. Since then she continues to write personal monologues, performed in Rock Paper Sistahz festival, performed in the Fringe Festival play Maurice Carter’s Innocence as young Gwyn in 2010. She has mentored young female artists in The A.M.Y Project created by Claire Calnan and Weyni Mengesha for the last 5 years. Now the stage is set for her to be a singer/songwriter as she has performed at NXNE, Canadian Music Week and Manifesto Festival for the last 2 years, fronting the popular events band The St.Royals, and writing for an upcoming album called The Truth to be released in 2014. She is grateful to be a part of the Ride or Die Project and supporting a necessary new festival emerged for local playwrights and actors.

Sedina Fiati is a multi disciplinary performer and activist for the stage and screen. Sedina means a gifts from God or a thank you to God to the Ewe language and she hopes to be both to the world. Born in Toronto to a Trini mother and a Ghanaian father, she holds a BFA in Music Theatre from the University of Windsor is a proud graduate of Etobicoke School of the Arts. Most recent appearances include: The Odyssey (Driftwood Theatre), Queen Marie (4th Line Theatre) and various performances and workshops with the art/activist group, R3 Collective. Upcoming she will be appearing in her own one person show, Last Dance. (www.sedinashow.com)

One Response to “Piece of Mine Festival 2013”