AMANDA PARRIS (Creator/Editor-in-Chief/Playwright) Born in London, England, descending from Grenadian and Venezuelan ancestry and raised on the south side of Jane Street in Toronto, Canada by an amazing mother, Amanda Parris is an artist (writer and actor), educator and scholar. Alongside her best friend Natasha Daniel, Amanda is the co-founder of the multi-award winning alternative education organization Lost Lyrics and founder of the critically acclaimed artistic collective T-Dot Renaissance. Amanda was inspired to create The Ride or Die Project after she went to visit her friend at the Don Jail. While sitting in the visitor’s waiting room, she looked around and realized that there were only women sitting around her. She wondered about the stories that had led them there, the things they had to accommodate in order to be there and the emotions they were going through in that moment. These women inspired her to embark on this journey. She is eternally grateful to Keisha-Monique Simpson for sharing her dreams with Amanda so that they could co-create the initial seeds that birthed what is now The Ride or Die Project. amandaparris.com | @amanda_parris

KEISHA-MONIQUE SIMPSON – I am a Toronto-born and based interdisciplinary artist (Poetry, Literature, Music, Film, Sculpting) of Latina, Caribbean, South-East Asian, European and African descent. I use my art as a means of self-expression, healing and exploration to push the culture of whatever art form I am using forward. Performing has given me the opportunity to share my work nationally and internationally as well as connect with others from various walks of life. I am passionate about The Arts, how it shapes, connects and documents the lived experiences of any and all members of society, how it is the greatest tool for disturbing the status quo, and how it has the power to transform and save lives. In 2010, I founded The ABENI Initiative which creates holistic alternatives to the growth and development of Black/Afro-descendant Girls, through the Arts. I create art because it affirms my purpose in life. I am an artist because it reminds me that I am alive.

Keisha-Monique has since moved on to work on other projects, but we are incredibly grateful for the initial inspiration and foundation building that she provided to The Ride or Die Project. 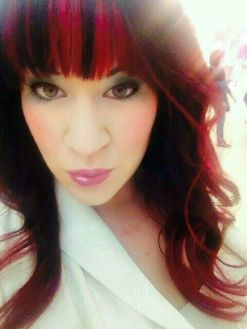 CHELSEA TAKALO is an advocate and an educator who has been working in community development for the last 15 years. As a founder of the South Etobicoke Youth Assembly at age 14, she has always been deeply committed to fighting for justice and equity. She believes in using social media , hip hop pedagogy, and popular culture to further understandings of systems and structures of power and oppression in society.

AINA-NIA GRANT has worked in the area of leadership development for over two decades. Through her work in corporate and non-profit environments she developed and facilitated various personal and professional development programs and has presented to academic, corporate and civil society audiences in Canada, USA, and Ghana. She is an accredited Life Coach, and has owned and operated her consulting business for over 10 years. Ms. Grant is the founder and managing director of Sacred Women International, a community-based organization that facilitates women to self awareness and personal empowerment through West African Spiritual principles and practices. Since 2009 this community has been inspiring women to be heard, acknowledged and accepted just as they are, while learning to activate political, social and spiritual changes by “Being The Change”. Ms. Grant studied extensively under the tutelage of Dr. Iyanla Vanzant and is a Minister of New Thought Ancient Wisdom with initiations in various indigenous practices. She is a recent graduate of the Women’s Leadership Program for women leaders across Canada sponsored by the Canadian Women’s Foundation in partnership with St. Xavier University-Coady International Institute. Ms. Grant is the former Associate Executive Director at Community MicroSkills Development Centre with oversight of MicroSkills innovative programs and services for women, newcomers and youth working to achieve social and economic wellbeing. Through the years, Ms. Grant has been recognized in the media in both Canada and USA including Heart & Soul and Planet Africa magazines and in 2008 was nominated as one of Toronto’s most inspiring women. 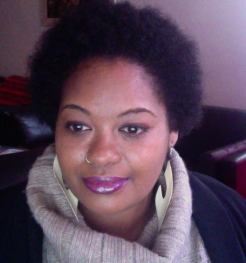 RAHEL WOLDEGIORGIS grew up in many working class and racialized neighborhoods across Toronto, euphemistically referred to as “high priority” neighborhoods by the City of Toronto today. She faced many obstacles that led her into a life of crime, drugs and gangs. Rahel recognized that her lifestyle needed to change if she wanted to live. She then turned to community organizing as way of challenging injustices that she herself faced and witnessed throughout her young life. Rahel decided to work with youth in her home communities and has been a restless community and student activist with an alphabet soup of organizations. Rahel is a proud alumnus of the Transitional Year Program (TYP) at the University of Toronto – a second chance program for students who lack formal qualifications to enter university. Rahel completed her Honors Bachelor of Arts at the University of Toronto in African Studies, History and Caribbean Studies & is currently pursuing a Masters of Arts in Social Justice and Community Engagement at Wilfrid Laurier. Her current research focuses on refugee student’s education in Canada. She is a proud mother to a brilliant eleven-year-old daughter. 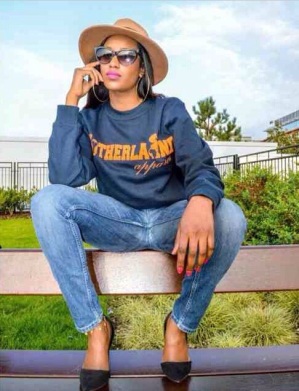 SHELLEY PARRIS. Born and raised in London, England, by her Grenadian parents, the youngest of three, Shelley Parris is a creative, expressive, extroverted and passionate soul, with a love for performing arts and expression through various artistries and a strong believer in the transference of energy. Professionally, Shelley practices a Psychological field having graduated from Surrey University with a Masters Degree in Forensic Psychology. Shelley now works within one of the U.K’s leading private secure hospitals with those suffering mental health and those institutionalised within custodial settings, helping support and implement therapeutic programmes to enable them with the tools to lead a more stable independent and healthy lifestyle. Fascinated by ones circumstances, exposure of various societal pressures and the effects it can have on behaviour, development, core values and beliefs, Shelley joined as a member of the advisory circle for the ride or die project to further her knowledge on the various life experiences of women both within the UK and across seas; to help them in making informed decisions and positive choices in their lives, to see how ones schemas and experiences differ and to gain insight on what women today are willing to ride or die for.

ALICIA BUNYAN-SAMPSON is a Toronto based creator. She studied at George Brown College, where she earned a diploma in Assaulted Women & Children’s Counselling/Advocacy and is currently a part time Social Work student at York University. Her work deals largely with her exploration of trauma ; challenging current narratives in film and a deliberate experimentation of her own lens of art and politics. Alicia elected to commit her energy to The Ride or Die Project to further examine herself and her relationships with those around her as well to challenge herself to connect and share with women in a healthy way. It is Alicia’s hope that together in this project, we can build transformative spaces of discovery and healing.

ALANA LOWE is a community-based arts educator and media producer passionate about sharing stories and engaging with local and global communities. With a background in journalism and equity studies, Alana enjoys producing projects where the two intersect, from after-school multi-media arts projects for youth to multi-country docu-series that follow travel journeys and African Diaspora history.

ADDIE GYAMFI is a make it happen type of woman. Considered by those she knows as a “unicorn” because she embodies the impossible duality of being a creative soul while also possessing a strong business acumen. A poet and recording artist, Addie is a graduate of The Remix Project where she currently is employed as the Director of Resouces. It was during her time at Remix that Addie also completed an internship at Universal Music Canada – making her mark and earning high regard in the Lifestyle Marketing Department. Addie’s strict professionalism and clever wit make her both a leader and valued team of the Ride or Die family.

RAKHI MUTTA was born in Kitchener, Ontario to artist-activist parents of Indian descent. Navigating both the Indian and Canadian culture while growing up often left her confused with many unanswered questions about identity. These challenges eventually became the driving force behind projects she chose to explore. Rakhi is a photographer and filmmaker with a background in International Community Development. She has travelled to, worked in, and taught in many countries across the world. The communities she spent her time with vary from; Displaced Peoples, Child Soldiers, Untouchables, and Victims of Violence. Locally she has worked with the Peel District School Board, Legal Aid Ontario, Toronto District School Board and more recently with Pathways to Education. Her sincere love for the arts and her passion for grassroots community work led her to mesh the two worlds together. She co-created an International Non-Profit organization Kahaniya; Sisters Sharing Stories with Natasha Daniel. More recently she started her own production company Ms.Mutta Productions Inc. which focuses on sharing stories of the diaspora.