By Amanda Parris and Alicia Bunyan-Sampson

A year after starting The Ride or Die Project we realize how challenging it is for some people to understand what we mean when we say ride-or-die. Our definition goes beyond the “ride or die chick” rapped about by The Lox or depicted by the fictional character of Keisha in Belly. For us, identifying a woman who is ride-or-die is not limited to those who hold it down for their lovers. It includes women whose loyalty to their children knows no bound, women who ride to the ends of the earth for their homegirls and women who are ready to lay their lives on the line for a movement. At The Ride or Die Project we try hard not to romanticize and we make our best effort not to judge. We recognize that everyone has a story that is more complicated and layered than we can ever fully know.

To illustrate this complexity we have selected some examples of women who in our opinion exhibit this multi-layered idea of what it means to be ride-or-die. Hustlers sit next to freedom riders, for better or worse, because without judgment and without romanticization we recognize that they all ride hard for something or someone outside of (but connected to) themselves.

This is just Part 1! This list is not in any particular order and it is by no means exhaustive and it definitely needs to be continued.  Let us know in the comments section who you think should be added to the list.

On the track “Moment of Clarity,” Jay-Z said “…I can’t help the poor if I’m one of them…” As Saul Williams so aptly pointed out, “Thank God Harriet Tubman didn’t think that way.” Harriet Tubman was an abolitionist, a Union Spy and the most famous conductor of the Underground Railroad.  She was born into slavery and lived the majority of her life with a physical disability that resulted in epileptic seizures as a result of being beaten on her head with a heavy weight. Harriet’s mother instilled in her the spirit of resistance, fighting bravely with her slaveowner to keep the family together including threatening to kill any man who tried to take her son. Harriet’s dreams and intense visions were considered to be messages from God and she saw them as gift of guidance. During a time of intense racism and sexism, she was a Black woman who escaped slavery through the Underground Railroad.  It is estimated that she went back over 19 times to bring over 300 enslaved people to freedom:

“I was conductor of the Underground Railroad for eight years, and I can say what most conductors can’t say – I never ran my train off the track and I never lost a passenger.” – Harriet Tubman.

We consider Harriet Tubman to be one of the original ride-or-die’s because she (literally) rode for her people and was (litearlly) ready to die for her people. Salute. 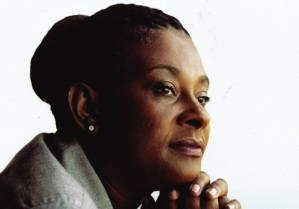 Doreen Lawrence’s son Stephen Lawrence was 18 years old when he was murdered by a group of white males while waiting for a bus in South East London in 1993. In spite of numerous witness accounts, none of the young men were immediately arrested or convicted. Doreen worked tirelessly to illustrate how her son’s case and the investigation that was conducted was part of a larger institutional racism that permeated the entire policing system. Almost 20 years later, the men were finally convicted of his murder and an independent inquiry of the police force was conducted that revealed high levels of corruption and racism in the handling of the case. Doreen continues to campaign for justice for her son as well as other survivors and victims of racist crime through securing numerous reforms of the police service.  Doreen is also the founder of The Stephen Lawrence Charitable Trust. She was appointed an Order for the British Empire in 2003 for her services to community.

“The thing is, I could tell you what happened each and every year since Stephen died, but in a way it is like it was yesterday, it is all still very raw. And the battle itself is constant.” – Doreen Lawrence

Doreen has been ride-or-die as a result of circumstances that we would wish on no mother. We recognize her for her work and efforts.

Vickie Stringer is the CEO of Triple Crown Productions, one of the leading publishing houses in a growing field being called “Hip Hop Lit.” She started the company in order to self-publish her first novel after it was rejected 26 times by publishers. Important fact: she wrote that initial novel in federal penitentiary while serving five years for selling a kilo of cocaine to a police informant in Columbus, Ohio. The novel, Let That Be the Reason was loosely based on her own life and experiences of falling in love with a big Columbus dealer, dropping out of university, running an escort service, and turning to drug dealing after her boyfriend left her when she became pregnant. She took her knowledge of hustling and moved into the publishing game following her release, pushing her new product of novels door-to-door. The novel sold over 100,000 copies as did its follow-up Imagine This and spent more than a year on the Essence paperback bestseller list. Vickie now publishes her work and the work of other writers, principally in the genre of urban fiction.

“Lessons of the streets. Rule No.1: Get Paid; Rule No.2: Don’t trust nobody, not even yourself; Rule No.3: Stay Free.” – Vickie Stringer

We salute Vickie for showing us how you can take your experiences and build even bigger than anyone may think is possible. 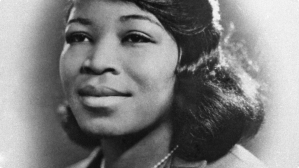 Dr. Betty Shabazz born Betty Dean Saunders was an educator and an advocate but she is most well known as the wife of Malcolm X. Betty married Malcolm in 1958 and had six children with him. She raised them alone as Malcolm travelled for his work. Following his assassination, which Betty witnessed with their children she continued much of his amazing work. Betty obtained a Ph.D in education administration, directed the department of Communications and Public Relations and gave lectures on Civil Rights. Additionally, Betty is regarded as a key element in establishing the Malcolm x & Dr.Betty Shabazz Memorial and Educational Centre on the site of Malcolm’s assassination.

“One of the things Malcolm always said to me is, ‘Don’t be bitter. Remember Lot’s wife when they kill me, and they surely will. You have to use all of your energy to do what it is you have to do.” – Dr. Betty Shabazz

We should discuss, honour and remember Dr. Betty Shabazz just as often as we speak the name Malcolm X.

Tiny is a former member of the multi-platinum R&B female group Xscape and a grammy award winner for her writing contributions on TLCs “No Scrubs.”  More recently,  Tiny is most widely known as the rapper TI’s wife. TI and Tiny have been together for over 13 years. Together they have two sons and Tiny is step mother to three children – two of which were conceived during her relationship with TI. Tiny speaks frequently and honestly about her devotion to her relationship to TI and proudly carries the title of a Ride Or Die Chick . At the start of their relationship, although Tiny was very seasoned in the industry and easily far more accomplished than TI, she consciously decided to take a backseat to support her partner.  Her support for T.I. has included his rise in rap music, jail sentences, ongoing media speculation over whether she is “good enough” to be with him and raising their children and her stepchildren. In 2010 Tiny was arrested alongside her new husband for possession of a controlled substance and was released on bail. In her interview on The Breakfast Club, Charlemagne called her the epitome of a ride or die chick:

“I am down to make him…he is the King I want to make him feel like a King.” – Tiny

Through her dedication to her relationship and intense loyalty to her partner, Tiny embodies to the fullest the Hip Hop idea of what it means to be a ride-or-die chick.

One Response to “[SERIES] Ride-or-Die Women Throughout History. Part 1”